This is why we fell in love with the EyeDirect

In 2016 we wanted to organize a number of 11 year olds in front of the camera with the goal of how they 'eleven years old' experience and experience.

In the pre-production period we talked to some possible participants and their parents and it became clear that this could result in a very nice frank document. 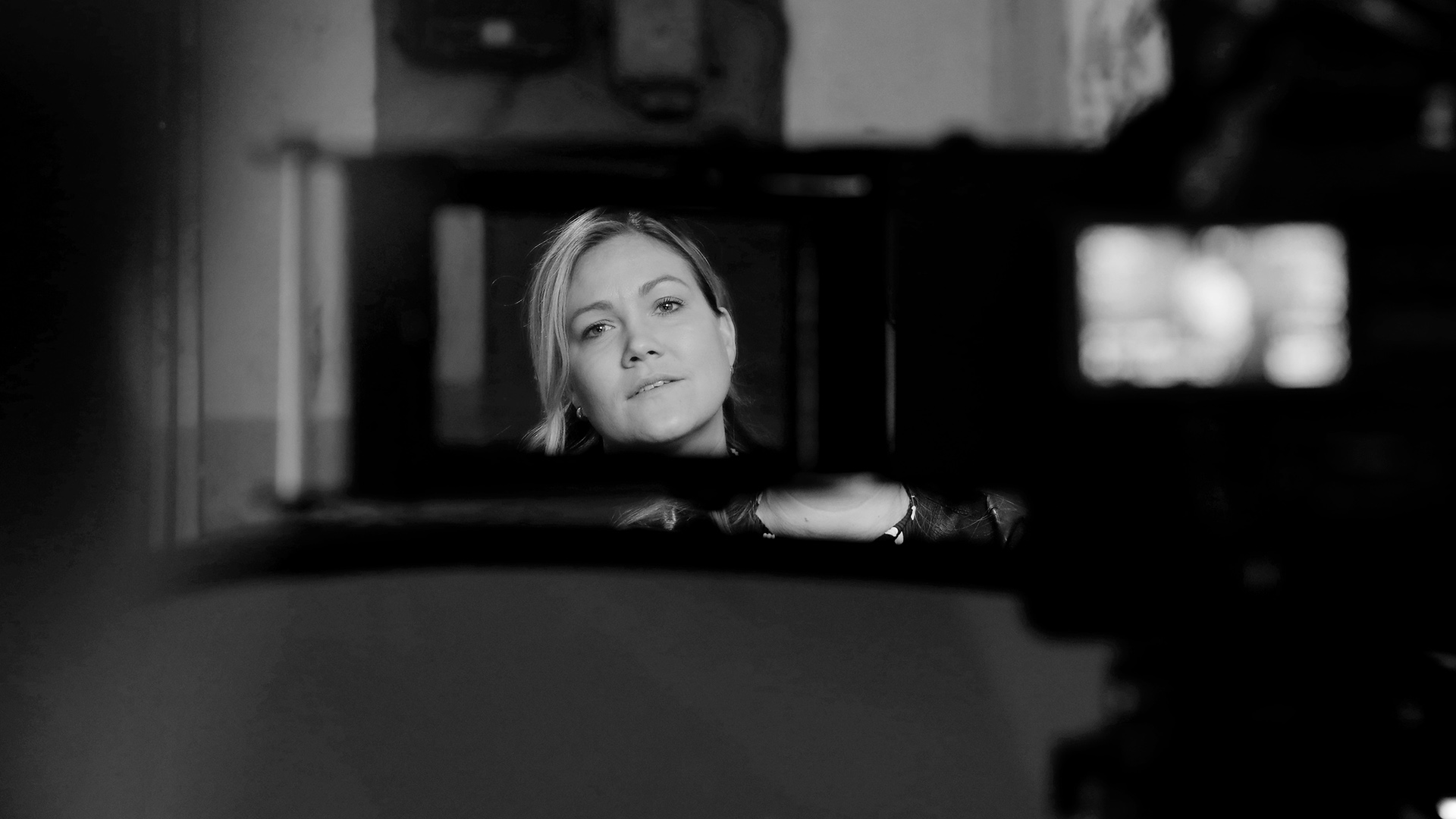 We wanted to tell their story in this way and make sure that the viewers got the same insight as we were allowed to experience when we spoke to them 'away from the camera'. To achieve this, we went looking for an interview technique that could achieve that. It became a unique documentary device that we have never used before in our own work: The EyeDirect. Built by Steve McWilliams. Based on the Interrotron form Errol Morris.

It's actually a fairly simple concept in the form of a black box with mirrors inside, designed to be placed in front of the camera lens. The Interrotron technique (invented by the legendary documentary maker Errol Morris) involves creating a direct line of sight between the person in front of the camera, the interlocutor ('the man or woman' of the world, the teacher or the scientist about his new master class) and the person doing the interview (the reporter, journalist etc). It provides an intimate, direct portrait in which you as an interviewer can keep the connection.

The technical specification of the device may have changed over the years (when Errol Morris laid the foundation for this concept he had heavy CRT television screens with heavy cameras, the famous large heavy frame tubes, as the only available solution), but the concept remains the same: Thanks to a mirror construction ('beam splitter glass') between interviewer and interviewer they have direct eye contact. 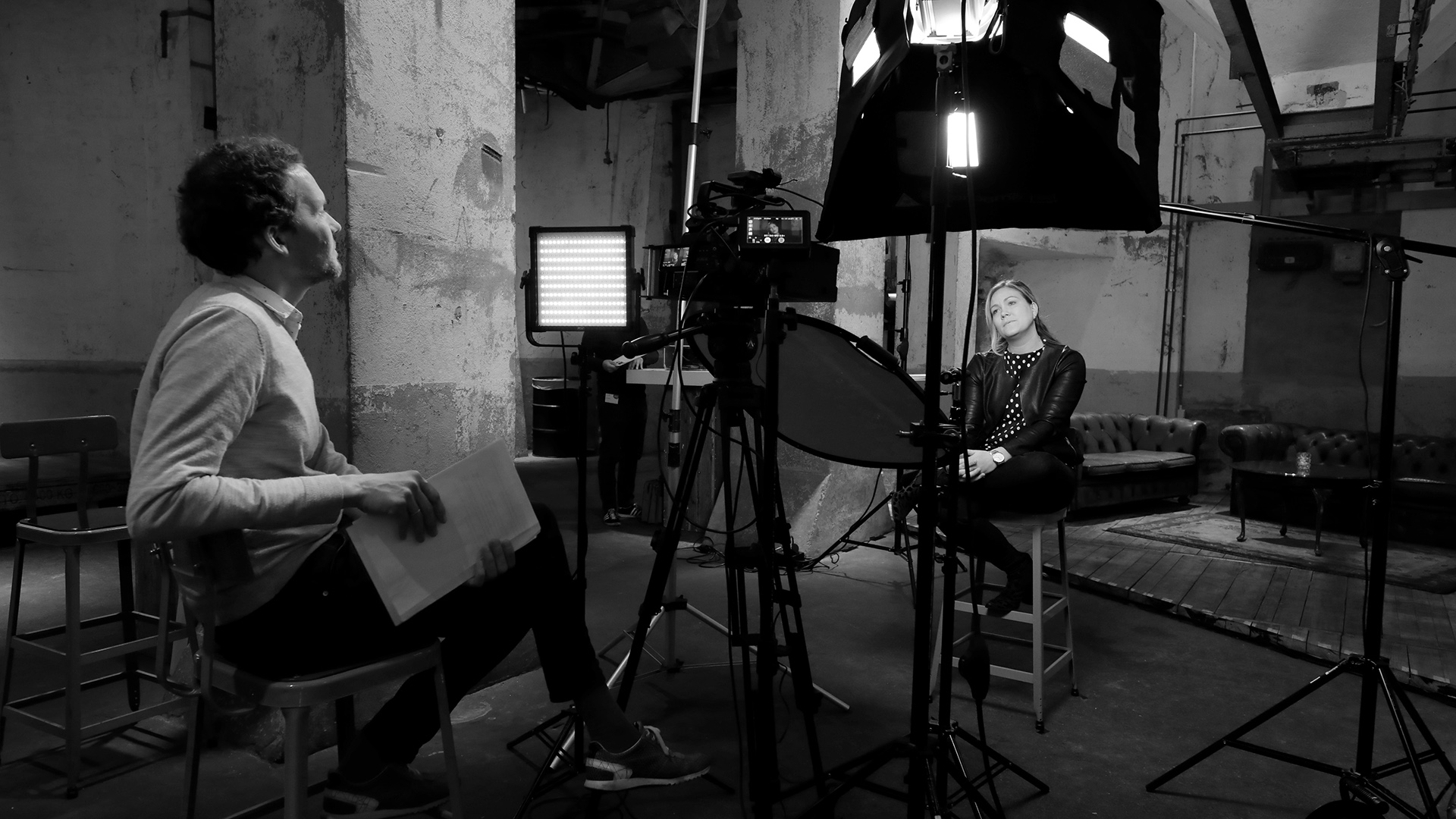 Why would you need a special device? Why not tell the interviewee to talk directly into the lens?

Pouring your heart out in front of a black piece of glass with a red lamp above it does not work very inviting. Holding the line of sight between speaker and receiver directly on camera is usually reserved for seasoned actors/presenters. Even then it can seem artificial if you have to look into a large piece of glass.

We humans connect with the eye line; it is an important means of communication in itself. Research has shown that our human brain has 'mirror neurons or mirror cells' that mimic the feelings and expressions of others when exchanging thoughts. This is where the Interrotron - EyeDirect technique comes into its own: if our interviewee shares a funny story and they can see the interviewer - director smiling, then the interviewee will most likely mirror those facial expressions, making them appear more natural on camera.

In our role as interviewer, we want to be able to make optimal use of all non-verbal communication signals to get as close as possible to the interviewee's skin in order to approach the conversation as authentically and purely as possible. The nod of the head, the sigh that escapes after a question, a silent chuckle or the blink of an eye. These non-verbal expressions are necessary in order to be able to listen really well in (unscripted) interviews. By giving the interviewee the space to speak, to hear what the other person is really saying and to taste with what feeling or conviction the other person is saying something, we can deepen the interviews.

When we embarked on our adventure of - direct eye contact interview technique - we set out to do this ourselves with a relatively small budget. For the price of a regular teleprompter/ AutoCue we purchased a 'magic black box' that could be conveniently used for our documentary film work: the EyeDirect . 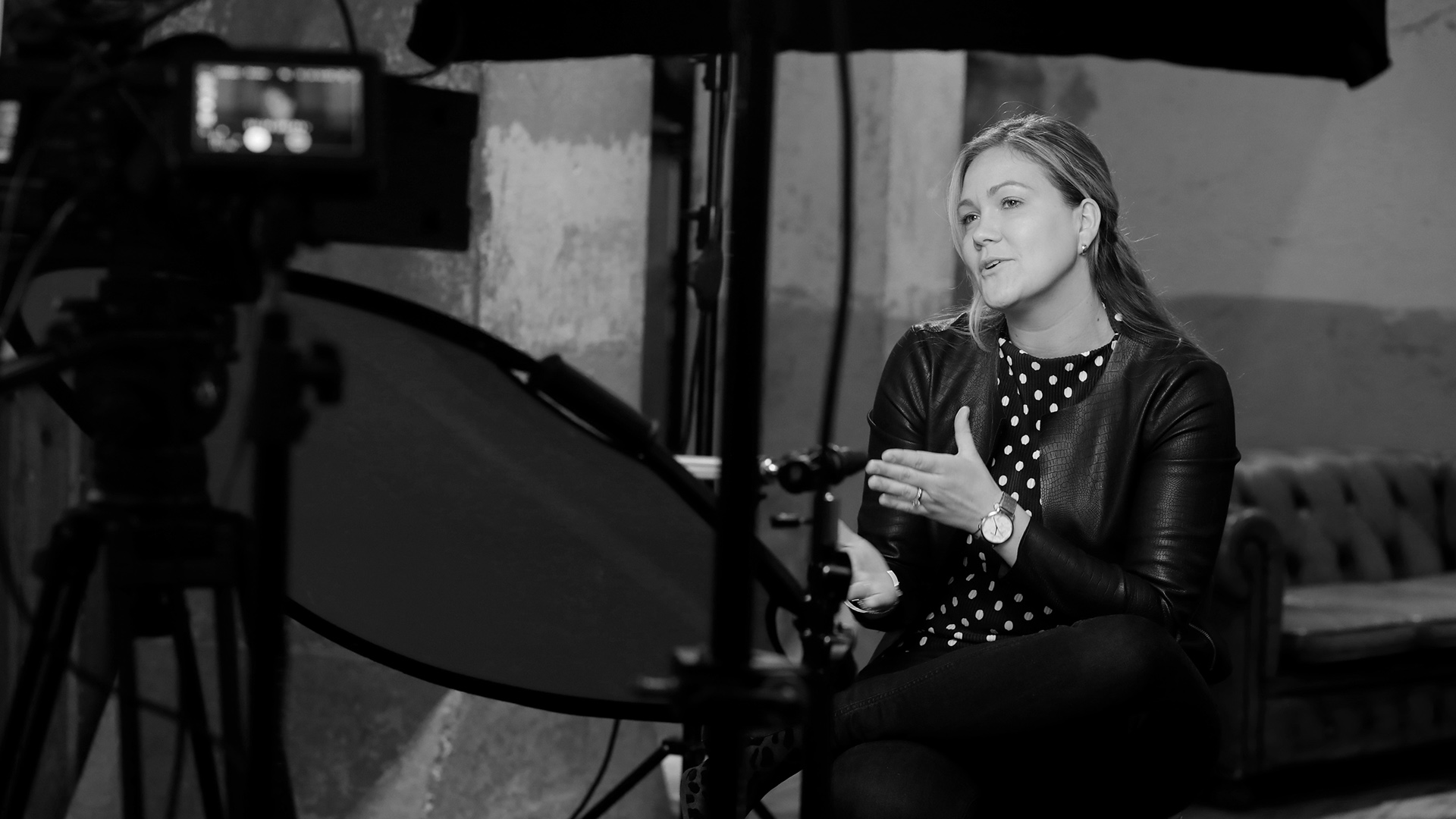 A couple of years later we have refined the technique to such an extent that we have become the most experienced producer of 'direct eye contact' film interviews in the production of experience stories, corporate stories and master class sessions.

Want to know more about an interview approach that doesn't feel like a job interview but is experienced as a dialogue between two equal interlocutors who are allowed to touch each other? Call or mail us.